The Two Faces Of January directed by Hossein Aminia (UK/USA/France) 2014 was the opening night film of the 57th San Francisco International Film Festival. 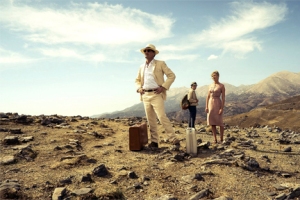 The noir Sixties thriller predominantly takes place in Athens, with scenes on Crete, and a climactic sequence in Istanbul. It’s based on the Patricia Highsmith novel by the same name.

It screened to a packed crowd at the Castro Theatre and was followed by a brief conversation with the director.

The festival continues with 167 films to be shown over the next two weeks in three Bay Area venues: the Sundance Kabuki Cinemas, New People Cinema, and Berkeley Art Museum & Pacific Film Archive.