The former mayor of a small Israeli town goes to Greece for a sister cities ceremony in Magic Men directed by Guy Nattiv and Erez Tadmor (Israel) 2013. 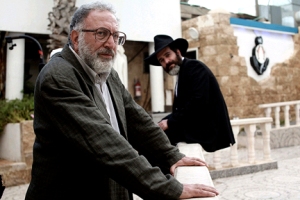 He visits his childhood home in Thessaloniki and searches for the man who saved his life during World War !!.

However, the more difficult challenge during his travels in Northern Greece is resolving the contentious relationship between him and his son.

This film screens a final time Monday night 4 August 2014 at the California Theatre in Berkeley during the San Francisco Jewish Film Festival 34.