Opulence, decadence, and a desultory lifestyle are problematic elements as are poverty, deprivation, and physical violence. The two extremes may seem worlds apart but in actuality are symptomatic of an inequitable economic system. 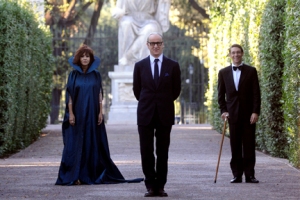 I was troubled by Fellini’s La Dolce Vita when I saw it decades ago and unsettled watching The Great Beauty directed by Paolo Sorrentino (Italy) 2013.

The excesses and shallowness of the upper strata of society existed and continue to exist across the world and across the centuries of human existence. Some of us are in awe while others are enraged, especially at a difficult time such as the present when the failures of international capitalism are exposed.

The film depicts a certain beauty, both playful and tragic, that will delight audiences. An excellent closing-night choice for the 2013 NICE USA festivals that began in New York City before arriving in San Francisco and concluding in Philadelphia. In late December it will be in Beijing.

Out Of The Blue was written and directed by Edoardo Leo (Italy) 2013, who also plays a supporting role as the roommate and friend of the protagonist. The film was a North American Premiere during the 2013 New Italian Cinema Events at Landmark’s Clay Theatre in San Francisco and was the local competition winner this year.

Andrea is a handsome, totally self-absorbed, shallow man in his late thirties who works in product placement at a movie studio. Everything about him: his clothes, apartment, and sports car are meant to impress those around him, especially women he desire sexually. He is oblivious to the needs and desires of others.

He’s confronted by a young woman who claims to be his daughter. Her recently deceased mother was someone he barely remembers sleeping with years earlier.

Actor Valerio Mastrandrea is the male lead in two narrative features dealing with the current economic crises in Italy. In Garibaldi’s Lovers directed by Silvio Soldini (Italy/Switzerland) 2012 he plays a widowed plumber raising two children as best he can. 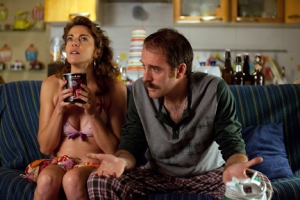 Other characters include a small cross section of society: an artist, secretaries, an immigrant worker, an eccentric small-time capitalist, and a high-power attorney. More unusual additions to the cast are several statues, scattered throughout the imaginary Italian city, that periodically comment on the sad state of affairs in the country.

In Balancing Act directed by Ivano De Matteo (Italy) 2012 Mastrandrea portrays a married civil servant who moves out of the apartment he shared with his wife and two children after his brief affair with another woman. Despite his efforts to maintain support of the family he leaves, and his own pursuit of a meager lifestyle, he slips increasingly downward into deep despair.

Boris and Dimitri are brothers and business partners in a medical practice. The two doctors customarily see patients and make house calls together. Dimitri has a sunny disposition and is well liked but has a drinking problem. Boris is more serious and can sometime be a bit abrasive. Both are single and live alone in the same building, with facing windows across a central courtyard. 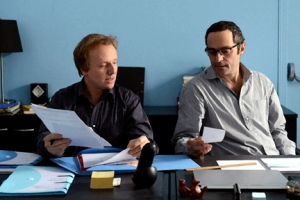 Miss And The Doctors directed by Avelle Ropert (France) 2013 is about the close relationship of a pair of reserved male siblings in Paris who fall in love with the same woman. The film screened at the Landmark’s Clay Theatre during French Cinema Now, fall season 2013, organized by the San Francisco Film Society.

Rendezvous In Kiruna directed by Anna Novian (France) 1213 and A Castle In Italy directed by Valeria Bruni Tedeschi (Italy/France) 2013 both screened during French Cinema Now at the Landmark’s Clay Theatre in San Francisco. 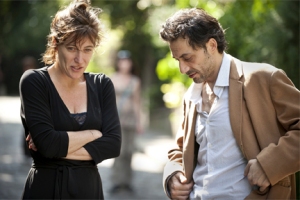 One film is set mostly in Sweden while the other takes place primarily in Italy. The mother of Novian is Swedish and Tedeschi was born in Turin to a French mother so they have bi-national backgrounds.

Rendezvous in Kiruna is a road movie reminiscent of Win Wender’s early work, and the grandfather suggestive of an Igmar Bergman character. The young hitchhiker, Magnus, is played by Anastasios Soulis, a Swedish actor of Greek and Finish parentage. The principal character is Ernest (Jean-Pierre Darroussin), a serious, workaholic architect.

A Castle In Italy is Felliniesque in part, combining both dramatic and comic scenes. The director is also the lead actor. And the cast includes her mother, brother, and former boyfriend. However, she refuses to comment on the seemingly autobiographical nature of her film.

After a brief break, the San Francisco Film Society resumes with five days of New Italian Cinema at the same venue.